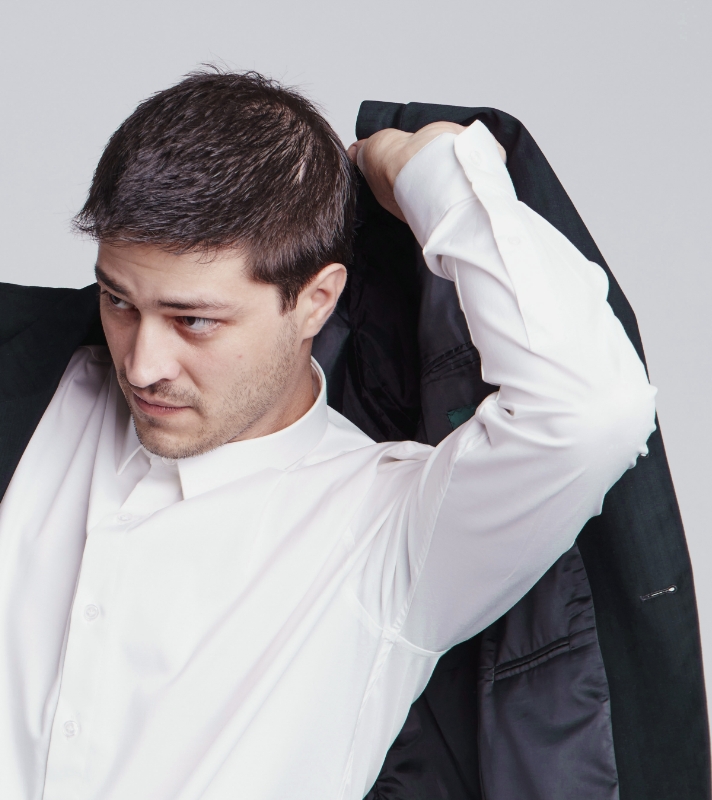 If a fabric or material is breathable, this simply means it has the ability to allow perspiration to escape in the form of vapour rather than being trapped in the fibres as a liquid. Because the air outside the fabric is drier than that inside it, the humidity is attracted out. INDUO® fabrics don't stop you from sweating but, thanks to their permeability, they free you from the unpleasant effects of perspiration by allowing your perspiration to escape as a gas.

Where does perspiration come from? Sweat is secreted by the sweatglands in the skin. There are two types of sweat glands:‍> Eccrine glands play an important role in the regulation of body temperature. The sweat they secrete is odourless and is essentially composed of water, mineral salts and lactic acid.> Apocrine glands are located in particular in the armpits. Their activity is not thermo-dependent, but they respond to psychological stimuli (emotions, stress). This sweat is rich in lipidic compounds, urea and ammonia. This form of perspiration is also odourless.

So where does bad odour come from? It's not the sweat itself that's to blame but the bacteria naturally present on the skin's surface. To feed themselves, these bacteria absorb sweat particles, transform them and release them in the form of molecules that smell unpleasant. So, when you smell something unpleasant, you’re actually smelling microscopic bacteria secretions. Other factors such as hair growth and diet can also influence body odour.

How do our clothes contribute to make this phenomenon worse? Cotton is hydrophilic, meaning traditional cotton clothes absorb perspiration. Once absorbed, this perspiration remains stored inside the fibres. The problem is twofold: it provides a breeding ground for odour-causing bacteria and gets worse the more you sweat, often creating sweat rings knows as ’halos’.

How INDUO® is different ‍Avoids sweat rings: unlike traditional cotton, which soaks up water, INDUO® fabric repels liquids and therefore perspiration. This drastically reduces the appearance of sweat rings. Even if the fabric temporarily reaches its maximum sweat-wicking capacity and a small halo forms, it is almost invisible (because the fabric does not change colour or become transparent like a conventional shirt) and the fabric dries very quickly to dissipate the halo. Fights bacteria and odours: by preventing perspiration from being stored in the fibres of the fabric, the development of bacteria responsible for bad odours is prevented. 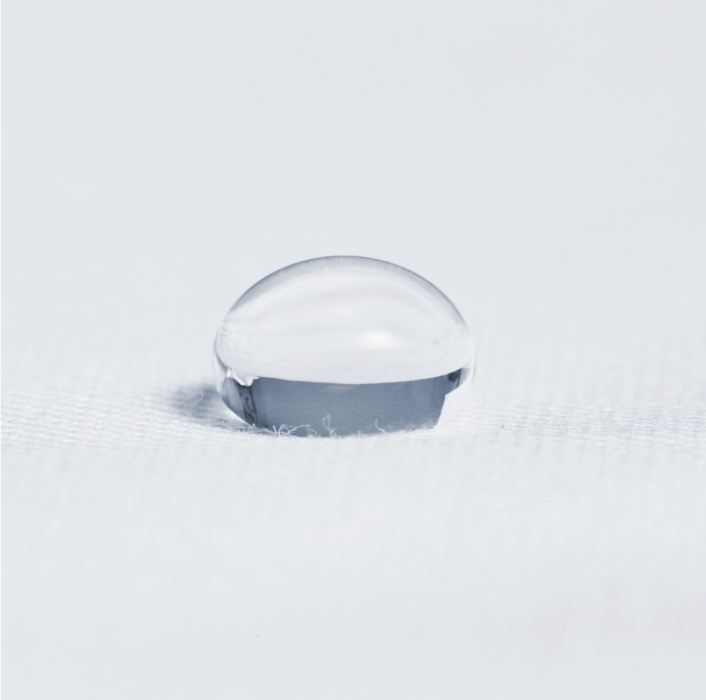 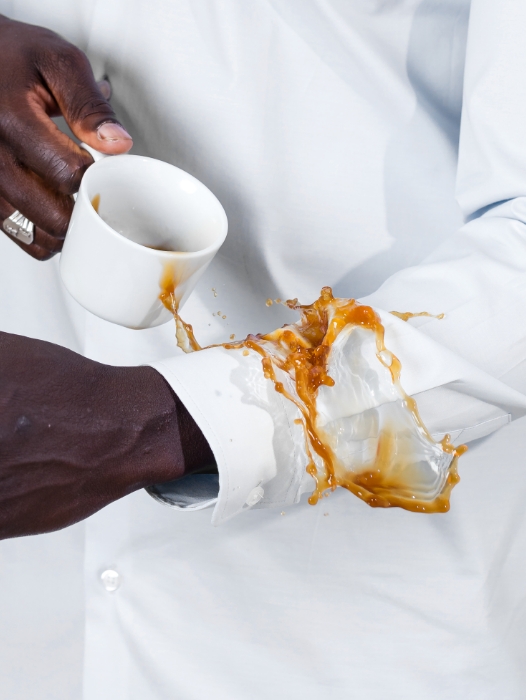 The fabric is hydrophobic and oleophobic, so it repels liquids